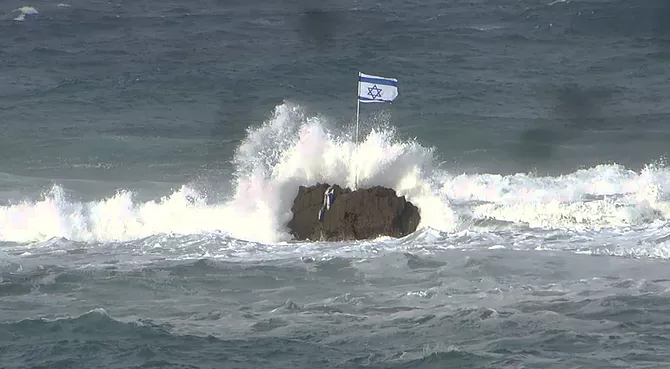 Greek mythology tells of the King of Jaffa – Cepheus, and his daughter Andromeda, who was reknowned for her great beauty. His wife, queen Cassiopeia, boasted that she and her daughter were more beautiful than the mermaids, provoking the ire of the latter, and causing them to appeal to Poseidon, God of the Sea, to punish the haughty humans. Poseidon agreed, and sent a deluge of water and a sea monster to destroy the lands of the Philistines and Jaffa.

King Cepheus, after consulting with the oracle and under pressure by Jaffa’s residents, decided to sacrifice his daughter Andromeda to the monster, with the hope of appeasing Poseidon’s wrath. Beautiful Andromeda was tied to the rocks on the shore of Jaffa and left there.

Perseus, son of Zeus, chief of the Gods, was passing through, saw Andromeda and fell in love with her. The king and queen promised him their daughter as a wife should he be able to rescue her from the monster – which he did. Perseus chopped off the head of the monster, which fell into the water, and became the famous sea rocks of Jaffa.