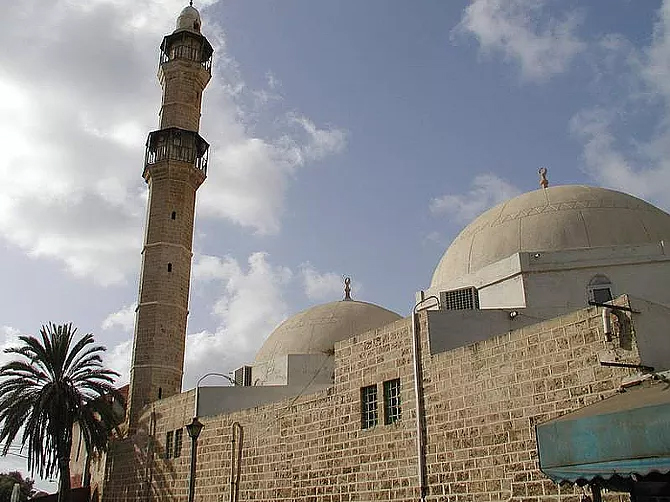 Abu Nabbut (“Father of the Club”, after the club he used to carry and strike his opponents with) was the ruler of Jaffa in the beginning of the 19th century. Abu Nabbut reconstructed Jaffa from its ruined state and during his governorship the city enjoyed strong and stable rule. He excelled especially in large scale building projects: He reconstructed and erected many public buildings, reconstructed the city walls, the harbor, and the markets. Abu Nabbut erected a new main gate in the eastern wall and sealed the rest of the gates, and thus regulated into entry to the city and improved the safety of its residents. The new gate was noted for its magnificent shape – it had two separate arches with three small domes atop them.

At the gate was a strong guard post equipped with cannons, and here all entrants to the fortified city were examined. The gate was also known as the Jerusalem Gate, as departing from it were the main roads leading to the Jerusalem. Outside the gate and around it were the city markets. The gate can be found at the southern edge of HaTsorfim Street.