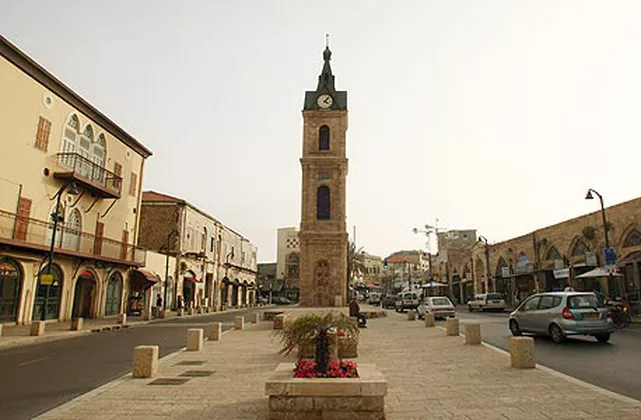 The clock tower was built in 1901 in the center of Jaffa’s town square.
The clock tower in Jaffa is one of seven clock towers built in Israel and of the hundred clock towers built in the Ottoman Empire in celebration of the 25th anniversary of the reign of the Turkish sultan Abdul Hamid the Second. The towers were built as part of the modern reforms guided by the sultan, in order to conduct the empire’s cities by accurate, Western timetables.
According to the local tale, the tower was built at the initiative of Yossef Moial, a wealthy Jew of Jaffa, who erected the clock tower in order to save himself pestering by pedestrians who would come in to his shop to ask the time on their way to the train station.
Four clocks were installed in the tower – two of them showing the time in Europe, and two of them the time in Israel.