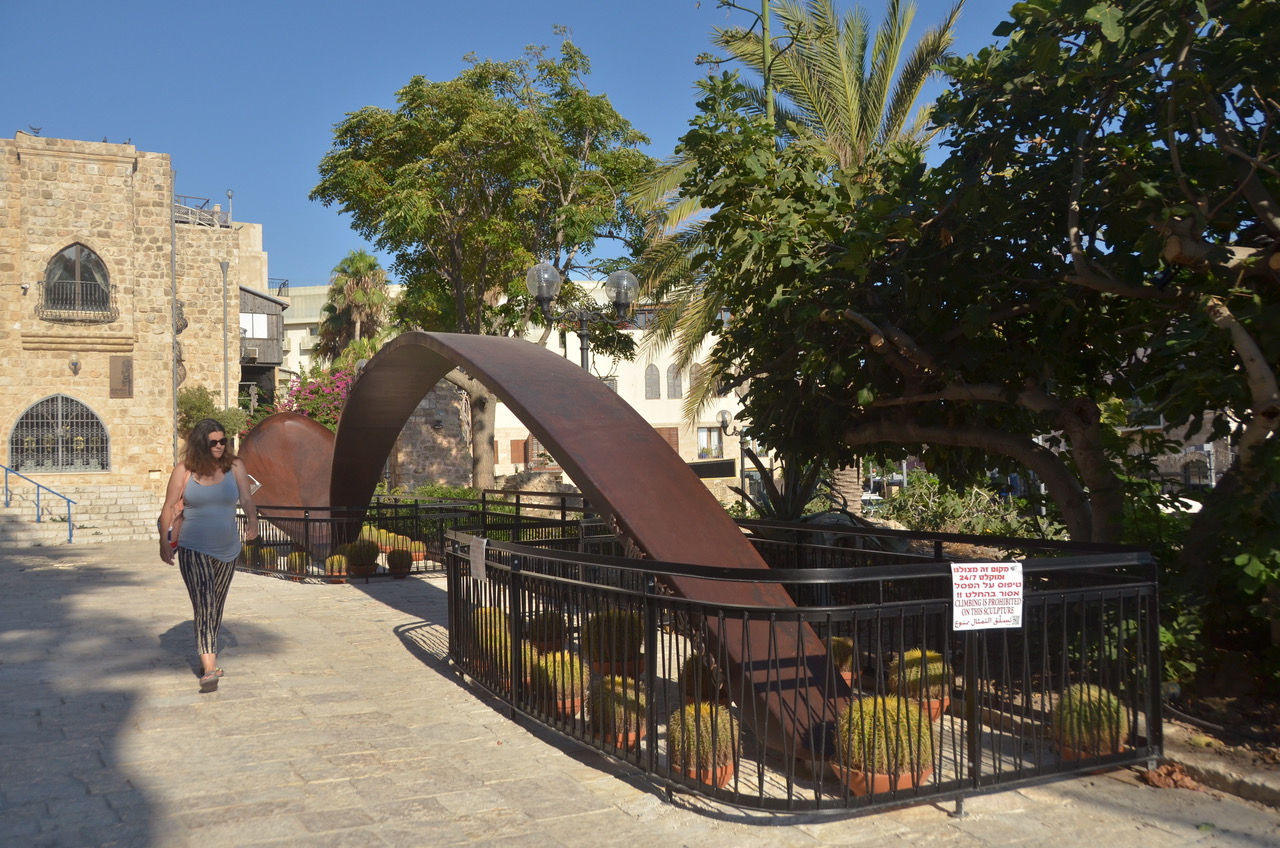 Among Uri Geller’s many powers, spoon-bending is the most iconic: a feat he has performed hundreds of thousands of times to the delight of fans and the confounding of scientists and sceptics the world over.
As a child, in Tel-Aviv, Uri discovered that he had this paranormal ability by accident, while eating soup. Decades on, it is his unique trademark, alluded to in popular culture and copied by countless aspiring mentalists and magicians.
With this giant statue – the largest one in the world according to Guinness World Records –  Uri has made a gift to Jaffa out of his own special gift. 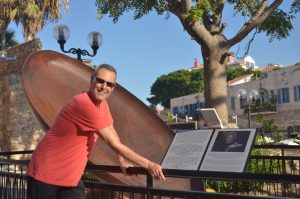 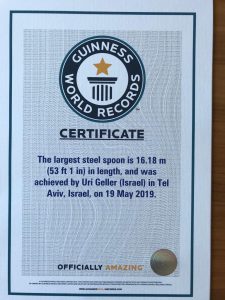 The Large Spoon is a part of the new Uri Geller Museum.

The Uri Geller Museum will be open to the public at the end of 2019. The museum will include exhibition areas, in which art items that Uri has purchased or received from famous people around the world will be displayed. It will feature an archaeological display of the ancient soap factory that was discovered during the museum’s renovation. In addition, it will feature the famous Cadillac, embellished with 2,000 spoons that were bent by Uri and signed by celebrities such as John Lennon, Elvis, the Pope and others. There will also be a physical store and cafes next to the museum building. 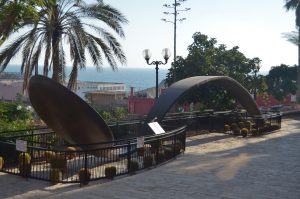